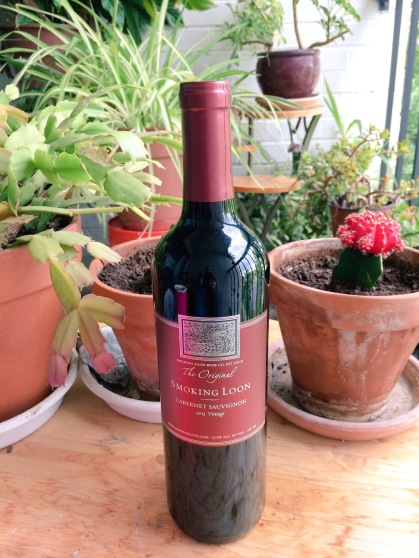 I picked this up on Friday night to celebrate another week of not killing anyone at the nations largest retailer of staplers. One can only take so much stapling idiocracy before it becomes necessary to turn the down the volume on the situation.

Xavier and I killed this bottle during the pilot episode of Game Of Thrones (we’re starting over from the beginning), which was so enthralling that I forgot to get any photos of the wine in a glass until the show, and dinner, were over. 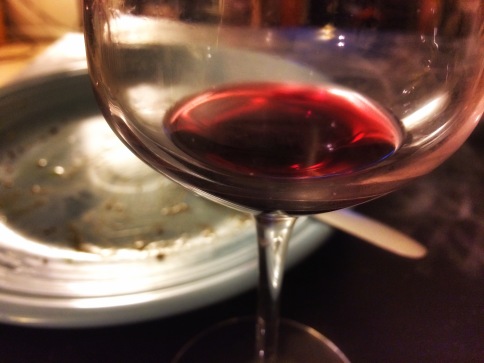 You can bet it was good though. We paired it with  bread-less cheeseburgers and asparagus.

The tasting notes describe it as having an aroma of spearmint but whoever wrote that was clearly chewing gum at the time. Give this Cabernet Sauvignon a few minutes to air out and open up and it is a wonderfully full bodied and smooth, slightly smoky, cab that tastes like gone.

To be clear, there is nothing minty about it.

Xavier said it gave him a bit of the red wine headache. I, however, slept the night away unscathed.

Smoking Loon is located in Chile as are many of my recent favorites. I think I’m beginning to see what Kricket was saying about other parts of the world tasting better than California.

In any case, Game Of Thrones reminded us that winter is, in fact, on it’s way and on Friday Xavier told the head Staplers that we are moving to New Mexico at the end of the year, effectively letting the cat out of the bag and bringing us one step closer to making our exit.

I won’t mind leaving this place before winter arrives.