While likely not the most productive use of time, I say Recolor is a step above Candy Crush and fidget spinners because at least you end up with something to show for yourself. 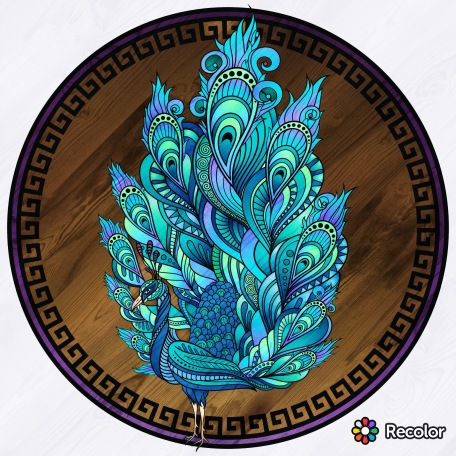 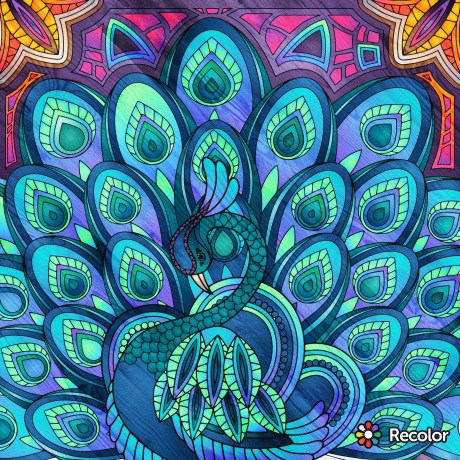 Adult coloring, it’s all the rage.

But you have to buy the books, and the colored pencils, and then spend hours actually doing it.

Some call it therapeutic, exhausting is more the word I would use. To balance this need to feel artsy with a laziness inherent to most human beings there is Recolor; a fun app for the iPhone. Coloring via touch screen followed by fun textures and filters. In a nutshell: art for lazy people.

It’s a nice alternative to slamming one’s head into the wall while reading the news.

These are my Peafowl, aren’t they lovely? 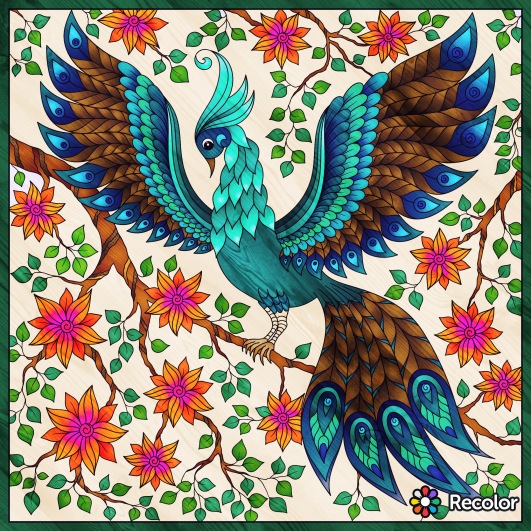 Bill Paxton died on Saturday.  He was 61.

I read the news on Twitter and I couldn’t believe it. He wasn’t particularly old. He wasn’t a drug addict. He wasn’t grossly overweight. He died of complications following  heart surgery.

The past year has brought us a mass die off of celebrities.  Most of them didn’t cause me too much grief but I am bothered by the death of Bill Paxton.

I loved Bill Paxton in Tombstone and A Simple Plan but in 2001, when I saw the movie Frailty, I took a step back and said, “gawd damn…”

It is because of these films that I watched the HBO series, Big Love and, because of that show, I discovered The Black Keys.

A mutual love of The Black Keys is one of the first excuses Xavier and I had to chat on facebook way back in the day.

Last night Xavier and I decided get a bottle of wine and watch Tombstone to honor the passing of Bill Paxton.

I was in the mood for something sweet and wanted to try Beringer Red Moscato.  The liquor store down the street had it a few weeks ago but last night it was sold out.

It turned out to be fortuitous because the wine we got instead was fantastic!

Just to avoid any confusion, this is a dry red wine and bares no resemblance to Moscato.

What it is, however, is damn delicious!

Apothic wine is bottled in Modesto, CA and let me tell ya, California tastes just fine.

Crush is a smooth and incredibly tasty dry red that makes it all too easy to keep refilling the glass. Their website says Crush tastes like caramel and chocolate and I say that it doesn’t disappoint.  If you haven’t tried this, you’re missing out. Seriously.

I love red wine with red meat and yesterday I spent eight hours slaving over a hot crock pot making a kick ass pot roast for our Sunday dinner. Of course the dog is waiting patiently for his left overs while the cat is more interested in the wine and keeps trying to put her face and/or paw into Xavier’s glass.

Apothic is not messing around when it comes to alcoholic content and Crush is 14.5% alcohol.  Despite it’s heavyweight status, I experienced none of the problems that a lesser quality wine would have caused.  No icky feeling. No headache. No intestinal complaints. Honestly, didn’t really even feel all that tipsy.  I appreciate a wine that I can enjoy without paying for it the next day. It cost about $12 but is absolutely worth it.  Don’t waste money on poor quality wine that leaves you feeling crappy.  Spend a few extra bucks on the good stuff.

My review of this Apothic Crush is simple.  Go buy it, it’s good.

no time left to sleep 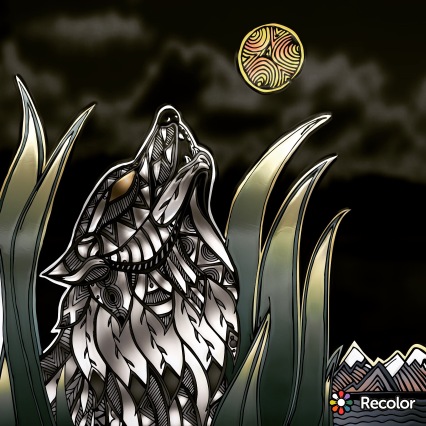 I intended to write an eloquent soliloquy in farewell to 2016 but my neighbors are playing their music so fucking loud that my dishes are rattling so let’s talk about that instead.

There are many compelling reasons to move away from the apartment life and chief among them is neighbors. Neighbors and their music, kids, friends with benefits leaving their cars all over the place, dogs that they don’t clean up after, and their sticky discarded mattresses in the dumpster.

People can be disgustingly annoying and adult human beings should not share common walls with one another.

By this time next year I’ll be writing from the breakfast nook of my new home in Los Lunas, New Mexico.

But a whole lot of stuff has to happen before that outcome can materialize.

There is money to make, contracts to sign, school to attend, credit to repair, land to be cleaned up and a house to buy.  The massive river of inertia is once again being rerouted only this time it leads back to the southwest.

The east coast is alright, it’s green, the squirrels are cute and the ocean is nifty but I don’t belong here. It’s not in my blood.

In 2017 Xavier and I are both going back to school. The time has come to sharpen the ax. In the meantime I am working in the print and marketing department at the nation’s largest supplier of stapler accessories.  It’s ok for now.  It’s consistent income which is more than I can say for the fitness industry.  I’m going after a degree in computer science though so the copy machines are temporary.  It’s not a bad job but I want more money, a lot more money.

I feel like I have underutilized my intellectual capacity.  I want to do something that makes me feel smart and pays the bills.  I’ve discovered plenty of ways not to accomplish this and I no longer have the wherewithal for messing around with mindfuck MLMs.  If you’ve been flirting with the disaster known as “home based business”, let me save you some valuable time and money with this one piece of advice.

If you want to make real money, learn real skills.

Peddling bogus nutritional products or whatever imaginary system that Empower Network sells is not a real skill and the longer you leave your hand in the fire the more in debt you’re likely to become. Are they scams? No, but they’re bullshit games of hot potato; passing the buck on a product that is inherently worthless until or unless you can pass it off to someone else by convincing them that you know the “secret” when all along it was only hypnotic smoke and unicorn tears.

So, like I said, it’s time to hit the books, to grow the brain, to work smarter not harder and to invest in our future.

Let’s call 2017 The Year Of The Wolf.  The year of strong connection with instincts and intuition, high intelligence, loyalty and communication.

Now, if you’ll excuse me, I have to go break my neighbor’s stereo.

on the high mesa at night

unchanged until i return

seeds fall from the apple

knowledge sprawled across the garden floor

nature has her ways