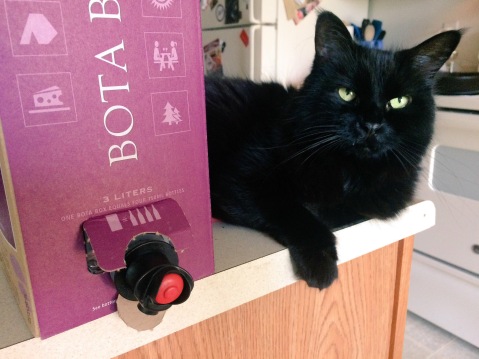 Hard to put a finger on exactly what it is. The box says something about tasting like cola. They call it cola, I call it unfortunate.

Something mid palate hits all the wrong notes.

But that’s just me. Xavier thought it was alright. He drank more of it than I did but we ended up throwing part of it away in favor of something better.

The blessing and the curse of boxed wine is that it comes in large quantities.

I’m generally a fan of Bota Box but won’t be buying this Pinot Noir again.  On the other hand, the RedVolution and Nightkawk Black are both very good!

A peek into Megha's mind

Nature's nuances in a nutshell