In the early spring the pounding from the wind is relentless.

On the up side, wind plus clouds make for excellent sunsets!

This bottle was also from Saturday night’s dinner party with Shelly. She brought the Witching Hour Red Blend and I brought the Devil’s Locker.

Casillero del Diablo wines are typically rich and full bodied. Nothing weak or watery here. One glass of anything from The Devil’s Locker and you’ll need to find a nice chair to accommodate the slightly spinning room.

The Winemaker’s Red Blend is rich and velvety. Velvet doesn’t reflect light and neither does this deep red blend. We paired it with baked chicken, potatoes, carrots, and sautéed onions. All dinner guests were glassy-eyed and happy.

Dark fruit, dark chocolate, toasty oak in a rich and smooth concoction of grapes. Appropriate for any gathering of wine drinking friends. Truly, you can’t go wrong with this one.

Shelly and her husband brought this bottle of wine with them to our house last night and the four of us made short work of it. She said she got it on sale from Total Wine for about $5.00.

I say it’s an excellent value for the price. Nice notes of vanilla and chocolate with a touch of oak, very drinkable.  I can’t find much information about Witching Hour wines because their website is defunct but I would guess there is definitely Zinfandel and Syrah in this red blend, it kind of reminds me of Apothic Red Blend.

We paired it with chips and salsa but the poor bottle didn’t make it until dinner. No joke, with four people this bottle disappeared in less than half an hour. I would certainly buy one of my very own if I saw it on the shelf.

Time lapse video of the sunset as seen from my back yard. January 21, 2017. Los Lunas, New Mexico 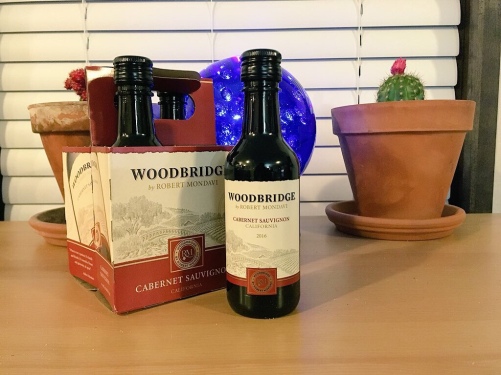 I had been wanting to try Woodbridge for a long time but in Maryland I could only find it in the big magnum size bottles. Even though the price was right, I was afraid to end up with a huge bottle of what might be terrible wine so I never bought it.

A couple weeks ago I found this cute 4-pack at Albertson’s in Los Lunas and brought it home.

I’m all about the expectation management but this Cabernet Sauvignon from Woodbridge turned out to be pretty darn good, tasting well above it’s pay grade.

Buttery and chocolatey, pleasant oak base and smooth finish. Nice at any price but especially pleasing for a budget priced wine. Paired great with pork chops, steamed okra and sautéed onions.

Woodbridge Cabernet Sauvignon delivers the usual 13.5% alcohol. I didn’t get a headache but Xavier said he woke up with one. Then again, it may have been the altitude.

My #1 favorite quality about this wine is the screw top cap. Not that I’m lazier than I am thirsty but, you know, sometimes it’s a close call.

My #2 favorite quality about 2015 Central Coast Pinot Noir from Cupcake Vineyards is that it makes an excellent companion to the new remake of Stephen King’s “IT”.

On a side note, should you happen to be cast in a movie and your character’s name is Georgie, it’s a safe bet that your total screen time will be less than five minutes, three of which will be minus an arm. Additionally, don’t talk to clowns in gutters.

There is a predictable amount of oak in Cupcake wines and their Pinot Noir delivers although it is not as oaky as Red Velvet or Black Forest Decadent Red. Still delicious though. Smooth drinking with a nice cherry finish. Cupcake claims it is the alternating bright sun and cool maritime fog of the Central Coast that delivers the skillz to pay the billz.  Between you and me, I think it’s the Miracle Gro. 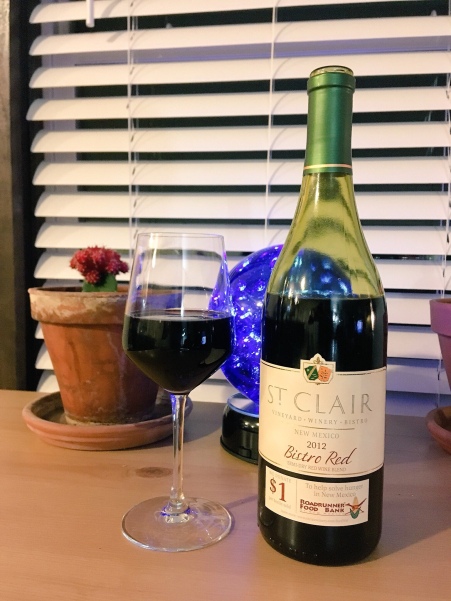 St. Clair Winery is located in Deming, New Mexico but they have bistros located around the state including one in Albuquerque. St. Clair wine is also sold at local grocery stores. I bought this bottle of 2012 Bistro Red at Albertson’s in Los Lunas.

Xavier and I had this wine on New Year’s Eve and I had hoped it would be better. I mean, it wasn’t terrible by any means but the flavor just didn’t appeal to me. Similar to 14 Hands Hot To Trot Red Blend, St. Clair Bisto Red has a minerality to it that tastes slightly like way rancid cooking oil smells. It just hits me in the wrong place.

In general, not particularly tasty or smooth. Tastes more like a homemade science experiment than a carefully handcrafted wine.

I have hopes that their other varietals are better but I won’t be buying Bistro Red again.

Xavier and I had dinner next door at my dad’s house last night and, as a surprise, he breaks out this bottle of 2009 Farrier Presshouse Red. He says he received it as a gift, no doubt because of the name “Farrier”. My dad has been known to do things to a horse’s feet from time to time.

I had never heard of the Farrier Wine Co. and didn’t necessarily have high expectations.  As it turns out, Presshouse Red is surprisingly good. It reminds me of Bogle Essential Red, which is one of my all time favorites.

Presshouse Red is a blend of Cabernet Sauvignon, Cabernet Franc, Carmenere, and Merlot. A smooth drinking wine with black currants, mocha and exceptionally well balanced acidity; I thought it was terrific.

Xavier said it tasted like vinegar and then proceeded to kill half a bottle of Chivas Regal scotch with my dad. That’s fine because, while they were having man drinks, I had the Presshouse Red all to myself.

Other pertinent facts: 14.6% alcohol, no headache.

Sadly, I’m pretty sure the Farrier Wine Company is out of business. When I tried to visit their website I ended up on what appeared to be a WordPress Blog written in Korean. If you happen to see a bottle of 2009 Presshouse Red for sale, buy it because it’s probably the last of it’s kind.

All wine tastes better in New Mexico, that’s just a given.

In typical Cupcake fashion, this wine has a lot of oak and bears little resemblance to cake.

Dark Cherry, mocha, and oak. Lots of oak. Jammy finish.  If you like Cupcake Red Velvet, the Decadent Red is similar but just a little deeper and darker. I wouldn’t describe Red Velvet as jammy but Decadent Red certainly is.

13.5% alcohol. No headache. My only complaint is that the bottle is too small, disappearing at an alarming rate at the end of a stressful week. 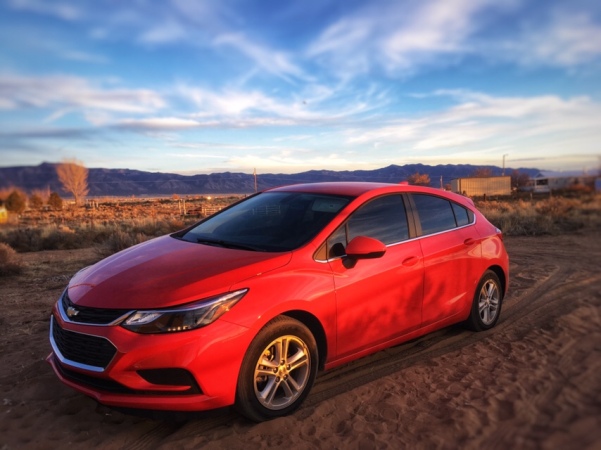 The last few months have been incredibly abundant but, into every life a season of newness must occur from time to time, and that season is now.

It’s a 2017 Chevrolet Cruze and, while I’ve never had a car this big, this red, or this American before, I have to admit that I am completely smitten with it. Lots of giddy-up and great gas mileage to boot!

I got home a little later than I meant to but here is tonight’s sunset.