Yes. It is smooth like buttah, or velvet, as the case may be.

No. It does not taste like cake, not even a little bit.

I like this wine quite a bit though I don’t really agree with Cupcake’s description of it. Perhaps I have unsophisticated taste buds but anyone who thinks this wine tastes like coconut is probably high on something else besides wine.

Red Velvet is a blend of Zinfandel, Merlot, and Petite Sirah. They ferment each varietal before blending and then add a whole lot of oak. This is actually my 2nd bottle of Red Velvet and both bottles were pretty consistent; strong on the oak and more subtle with the fruit. It has a nice, smooth finish and is positively outstanding with chips and salsa. Blue corn tortilla chips with organic black bean and corn salsa from Aldi, to be specific.

Some people like to pair wine with chocolate but I like to pair it with salsa. If you haven’t tried it, you’re missing out.

Cupcake Red Velvet is a tasty, easy drinking wine. I plan to enjoy more of it.

Xavier bought me a fantastic wine decanter and that is the best part of this review.

A wine decanter helps the wine to open up faster by exposing more of the surface area to oxygen. Aside from that, it looks cool.

Of course you then have to hurry up and drink it before it gets too oxidized, grows bacteria, and turns into an unsavory science project.

The Banished is 19 Crimes’ Dark Red Blend. Once again, no info on the bottle and I can’t get the website to work because, for some inexplicable reason, my computer will not allow me to check the box certifying that I am of legal drinking age.  No checky box, no loady website.

In any case, I can tell you that 19 Crimes is located in south eastern Australia and the wine in this bottle was indeed dark red.

I think it tasted alright but I kinda don’t remember because it gave me a red wine headache that lasted for two days.

If you’re prone to red wine headaches, I recommend skipping this one. 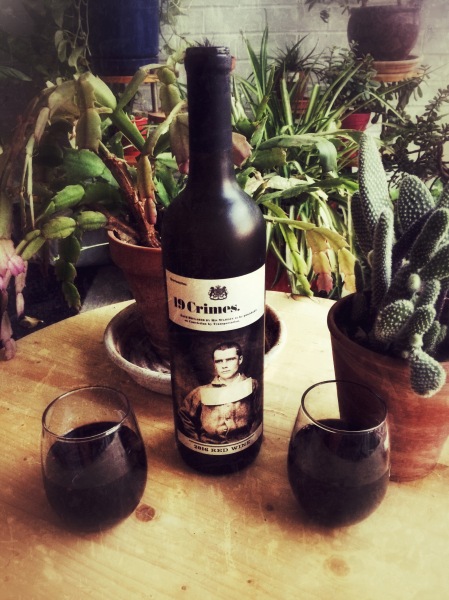 The label is curiously devoid of any words to describe the contents and the website won’t load so your guess is as good as mine when it comes to what’s in the bottle.

So there you have it.

19 Crimes is from Australia, home of Shiraz, and so far as I can tell Shiraz seems to be the main ingredient in this blend. I’m guessing the other ingredient to be Cabernet Sauvignon but that is purely a guess.

According to Xavier it, “smells like a whole lotta wood in there”, and it does indeed.

Despite the lack of information, I really liked this wine. It had a unique flavor that I had not tasted before; jammy but not heavy with the oak falling in exactly the right part of the flavor spectrum. Additionally, it tastes exactly the way it smells so the sipping experience is a harmonious and happy one.

I would absolutely buy it again.

The Carmenere grape is originally from Medoc, north of Bordeaux, France.  It disappeared from Medoc following the phylloxera outbreak in the 19th century but, after hiding out in Devil’s locker for about a hundred years, reappeared in Chile at the end of the 20th century.

In case you didn’t know, Phylloxera are a grape destroying insect.

Xavier says that Carmenere is a very grown up kind of wine.

“So, you mean it doesn’t taste like wine coolers?”,  I asked.

“I feel like I should be smoking a cigar,” he said.

We didn’t have cigars but we did have peanut M&M’s, which are dissimilar but also good.

This wine takes a long time to open up. I would give it at least two hours. The longer it’s been open, the better it tastes.

Casillero del Diablo Carmenere is deep, dark and dense.  It is the Guinness beer of wine and was actually filling in a similar manner. You will probably not accidentally drink the whole bottle in one sitting. I recommend spacing this one out over a couple of nights.

I also recommend dental floss and a good whitening toothpaste as Carmenere will absolutely cause a sticky case of the penguin mouth.

The one redeeming quality of our apartments is the plant life on the grounds and the wonderful park that is right behind us.

Now if only we could keep the plants and get rid of the neighbors….

Many moons ago, Xavier took a field trip to Linganore Winecellars in Mt. Airy for a wine tasting.  My favorite dry red was the Chambourcin.

In the meantime, we’ve gotten pretty hooked on the various Red Blends that are out there, especially the ones claiming to be “soft”.

Linganore Winecellars has an excellent soft red blend called Retriever Red featuring none other than my favorite Chambourcin mixed with Cab.

I could drink this wine all night (and I did)  The Chambourin influence is very noticeable with the whole fruity, vanilla, woody oak, smooth finish thang coming through loud and clear.

Retriever Red is a terrific wine to pair up with pretty much anything or just put a straw in the bottle and call it a night.

No nasty revenge headache and I would be confident to serve this at a party or to send a bottle to my mom as a gift. 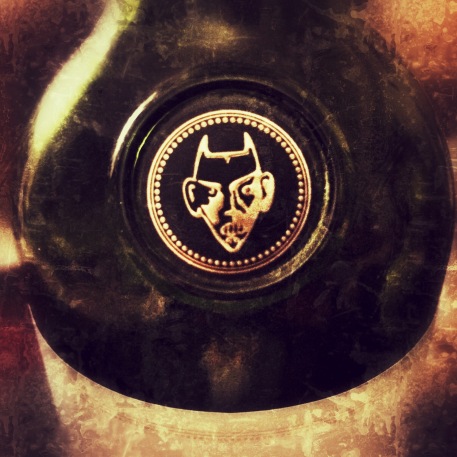 Straight from the Devil’s locker.

The direct translation of Casillero is “pigeon hole” or “locker”.

From their website, I would guess that they are making reference to the Devil’s personal collection but let’s not get caught up on semantics.

It’s no secret that Xavier and I eat at  Cacique a lot. I mean a lot. 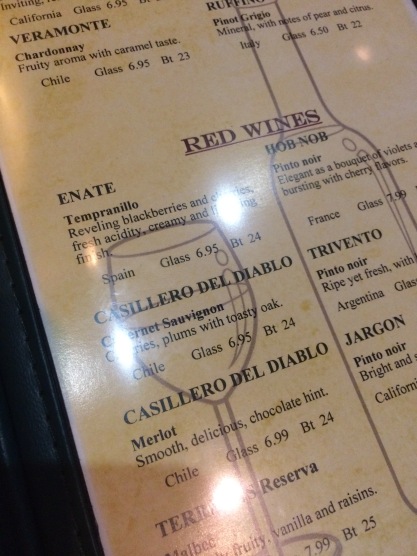 I’ve had this Cabernet Sauvignon twice at Cacique and still liked it enough to get a bottle of my very own.

I often find Cab to be a little full bodied, too bold, too much upper cut to the upper palate, but Caserillo del Diablo is not like that at all.  It’s silky smooth and seriously dangerous. The bottle disappears very easily.

This is the first wine from Chile that I’ve had and I have to say that maybe Kricket is onto something.  Chile tastes good.

One of things about abandoned houses that makes them so interesting are the abandoned yards.  Unnatural plants fighting for survival while mother nature encroaches.  No one comes from the house to save them. Order is restored. 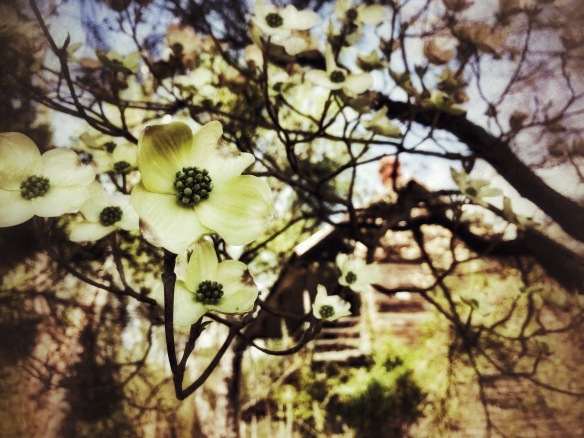